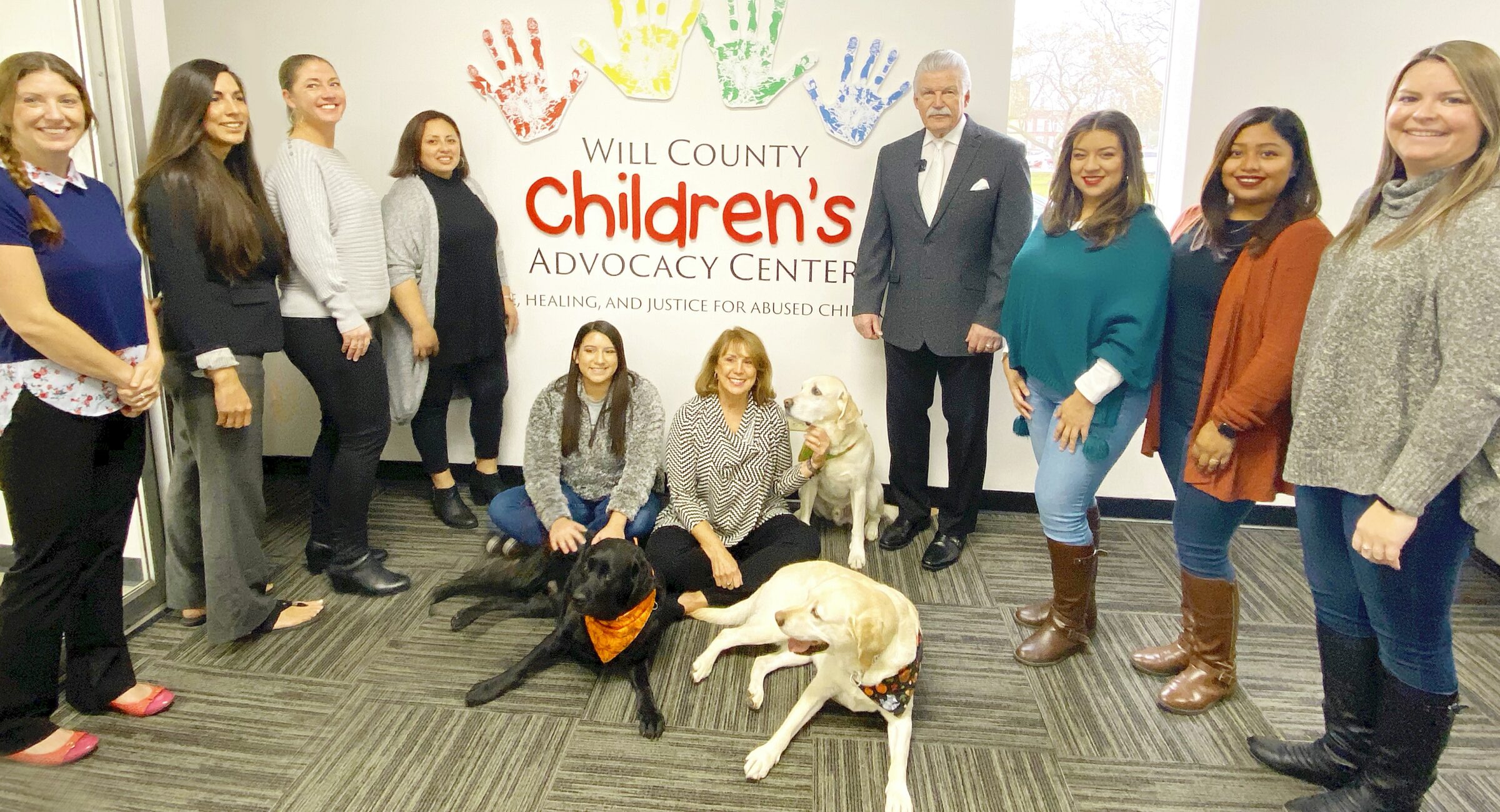 JOLIET – Will County State’s Attorney James Glasgow announced today that the Will County Children’s Advocacy Center (CAC) has been selected to receive a $450,000 federal Victim of Crime Assistance (VOCA) grant. The money will be used to help fund the life-changing services the CAC provides, including forensic interviews, victim and family advocacy, and trauma-focused therapy for children who have endured severe physical abuse, sexual abuse, sexual exploitation, neglect, and exposure to violence. The grant is effective for FY 2020.

“The services the Children’s Advocacy Center provides are truly life restoring for the child sexual abuse victims who walk through our doors,” Glasgow said. “These children can be emotionally scarred, and without this specialized, compassionate intervention their lives will be destroyed. That is why I was so passionate in establishing the CAC in 1995. Since then, more than 9,000 children and their non-offending family members have received supportive services."

Glasgow noted, "Last year alone, the CAC helped more than 660 children from throughout Will County and the numbers are growing each year. The compassionate and caring staff at the CAC helps each of these young abuse victims on their path to a better life.”

VOCA funding allows CACs and other victim service organizations to receive money paid as penalties by those convicted of federal crimes, which goes into an account called the Crime Victims Fund, or CVF. Congress then gives this money to states which allocate the money to organizations that serve crime victims.

“The award of this highly competitive grant recognizes the outstanding services provided by Will County’s CAC,” Glasgow said. “The Illinois legislature has declared that our most precious resource is our children, and at the CAC we truly ‘cherish all children.’"

Glasgow explained, "This grant will allow the Children’s Advocacy Center to continue responding to the severe emotional, psychological and physical needs of the many child victims served each year, as well as to continue maintaining our high success rate in the prosecution of child predators who sexually abuse youngsters. We must stop sexual predators dead in their tracks so they can never do this again.”

Multidisciplinary teams (MDT) are the foundation of the Will County Children's Advocacy Center's response to allegations of child abuse, and this group of professionals from distinct disciplines, collaborate from the point of the reported abuse, throughout each child and family’s involvement with the CAC. MDT members include: prosecutors, law enforcement detectives, DCFS investigators, forensic interviewers, victim advocates, medical professionals, and mental health therapists.

When an outcry of child sexual assault is received by local police, no further interrogation is conducted and a victim-sensitive forensic interview is scheduled at the CAC. After the child is brought to the CAC, a trained forensic interviewer working in conjunction with the MDT that include a police investigator from a local jurisdiction, specialized sex crime prosecutors from the Will County State’s Attorney’s office, an investigator from the Department of Children and Family Services, and a CAC family advocate and a CAC trauma-therapist -- conducts a neutral, non-suggestive victim sensitive interview of the child.

“Without the CAC, the child may end up having to tell the worst story of their life over and over again, to police, medical professionals, attorneys, therapists, investigators, judges, and others. This invariably results in inconsistent statements, which are the death knell for a criminal prosecution,” Glasgow said. “At the CAC, the child tells their story only once, to a trained interviewer who is witnessed by the members of the multidisciplinary team. The trained interviewer knows the proper questions to ask in a way that does not re-traumatize the victim or suggest an answer, which guarantees a thorough and truthful statement.”

According to Glasgow, “[these] convictions were the result of the work of the entire multidisciplinary team, culminating with the courtroom prosecution of these child predators by the highly skilled sex crimes prosecutors in the Will County State’s Attorney’s office.”