Our Board of Directors represents a cross-section of Will County community leaders who passionately advocate on behalf of children who have endured sexual abuse, severe physical abuse, sexual exploitation, child pornography, neglect, and exposure to violence. They provide strategic leadership, ensure long-term sustainability, and provide the oversight needed to achieve our mission and goals. 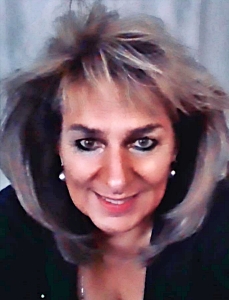 Lisa Morel Las was selected by Will County State’s Attorney James Glasgow, with Board of Directors approval, for the position of Executive Director in August 2015.

Previously, she served as the Chief Executive Officer for Big Brothers Big Sisters of Will and Grundy Counties. During her 11-year tenure at Big Brothers Big Sisters, Lisa raised the organization’s community profile, secured more than $1 million in federal grant funding, spearheaded a successful capital campaign to purchase new office headquarters in Joliet, and opened satellite offices in Grundy and Kankakee counties.

She also previously served as District Administrator for Illinois Senate Majority Leader Debbie Halvorson, and before that, she served as State's Attorney Glasgow's Director of Information & Public Administration where she was instrumental in securing federal grant funding that led to the establishment of the Will County Drug Court program. Lisa was also instrumental in the lobbying efforts for Glasgow's successful legislative initiatives.

In 2012, Lisa was honored by the Joliet Region Chamber of Commerce with the ATHENA Award, and in 2011 she was awarded the Joliet Catholic Academy Alumni Association's Career Achievement Award.

Lisa earned a Bachelor’s degree from Saint Mary’s College - Notre Dame and a Master’s degree in Counseling Education from Loyola University, Chicago. She also completed postgraduate business administration courses for not-for-profit organizations at the University of Notre Dame. She is a member of the Joliet Rotary Club and the Holly Club of Joliet. 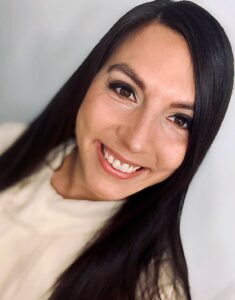 Lorraine has over 15 years of experience working with children, families and community members impacted by trauma in a myriad of environments including schools, hospitals and community agencies. She conducts individual and group therapy and supervises a team of trauma therapists and interns.

Lorraine was appointed to serve on the District 204 - Joliet Township High School Board of Education in 2020. Lorraine previously served as a member of the Board of School Inspectors of Joliet Public Schools - Dist. 86, and as a Commissioner on the Housing Authority of Joliet board.

She spends most of her spare time with familia, practicing Spanish, reading anything about social justice and listening to NPR. Lorraine aspires to travel the world and to learn more about both of her parent’s cultures. She loves anything rainbow, Dr. Seuss, photographs and hope filled quotes. “Success is to be measured not so much by the position that one has reached in life as by the obstacles which he has overcome” ∼Booker T. Washington 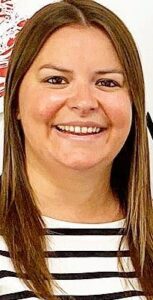 After completing a 2-semester internship at the Will County CAC, we were thrilled to welcome Sara Ruzevich of Tinley Park back as a full-time Family Advocate. She is responsible for providing crisis support, system information, and community resources for children (and their non-offending family members) who have endured severe physical abuse, sexual abuse, sexual exploitation, neglect, and exposure to violence.

Sara earned a Bachelor’s degree in Sociology at Augustana College, and a Master’s degree in Social Work at Aurora University. She previously worked as a Care Coordinator at PLOWS Council on Aging, a non-profit organization dedicated to assisting senior citizens who are physically or psychologically impaired.

Most recently, Sara was the Community-Based Case Manager at Big Brothers Big Sisters of Will and Grundy Counties where she was responsible for creating and supporting evidence-based, one-to-one mentoring matches between adult volunteers and children. 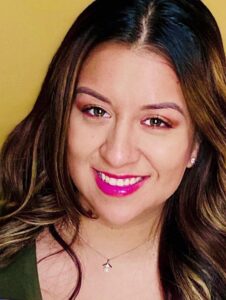 After completing an internship at the Will County CAC in 2016, Denise returned in August 2017 as a Trauma Therapist.

In 2021, Denise moved to a full-time Forensic Interviewer position where she conducts bilingual fact-finding interviews with alleged child abuse victims. 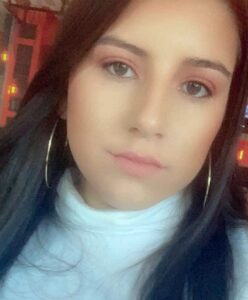 As the Intake/MDT Coordinator, Savannah Regis is in charge of scheduling all forensic interviews, communicating any needs the children may have to the multi-disciplinary team, and assisting the families to ensure their children have the best experience possible at the Children’s Advocacy Center. Additionally, she coordinates the monthly, multi-agency review of cases.

She earned a Masters degree in Social Work from Governors State University, and a Bachelor's degree in Family and Consumer Sciences with a concentration in Family Studies a minor in Psychology from Eastern Illinois University. 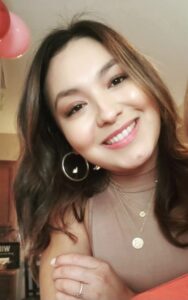 Ashley joined the Will County Children’s Advocacy Center in October of 2021 as a Bilingual Family Advocate. She is focused on creating a supportive and child focused environment by providing crisis support, community resources, and system information for children, and their non-offending caregiver, who have endured physical or sexual abuse or have even witnessed a traumatic and violent crime.

In the future Ashley hopes to continue to help families in need and serve her community. 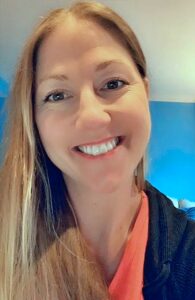 After starting a family and earning a Master’s degree in Social Work, she returned in July 2008 and obtained Advanced Child Sexual Abuse Forensic Interview Certification from CornerHouse shortly thereafter. She has since been the CAC’s primary forensic interviewer and conducted close to 2,500 interviews with children, adolescents , and vulnerable adults -- resulting in a career total of more than 3,000 forensic interviews.

Jackie graduated from Northern Illinois University in DeKalb, Illinois in 2001, earning a Bachelor of Science in Family Social Services. She graduated with honors from the University of St. Francis in 2008, earning a Master’s in Social Work. 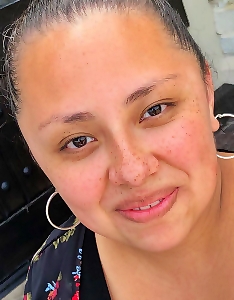 A native of California, Cruz began working with the Will County Children's Advocacy Center in January 2017 as a contractual Mental Health Counselor. She then moved into to a newly-created Child Sexual Exploitation Victim Advocate position where she provided crisis intervention, ongoing case management services, and assistance in getting basic needs met.

Since October 2017, she has conducted bilingual forensic interviews to help children tell their story through a series of unbiased, non-leading questions in a one-on-one setting, to elicit information about the abuse in an age- and developmentally-appropriate manner. In 2021, she was promoted to Senior Forensic Interviewer.

Cruz received a Bachelor of Arts in Criminology and Sociology and Master's Degree in Social Work from the University of St. Francis. She lives in Minooka with her husband Marco, and son Abraham. 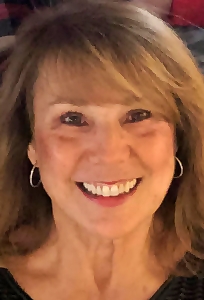 Cheri is the Child Sexual Exploitation Advocacy & Outreach Coordinator for the Will County Children’s Advocacy Center where she provides confidential case management, support and advocacy to youth who have experienced commercial sexual exploitation.

Cheri also is the Coordinator for the Paws-4-Kids services, which is a part of Will County State’s Attorney Jim Glasgow’s League of Extraordinary Canines.   Three Labrador Retrievers (Jackson, Malley and Kiwi) are available at the Children’s Advocacy Center to comfort the children who come there for services. 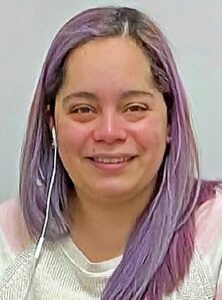 Gloridy initially joined the Will County Children's Advocacy Center in March 2020 as a Bilingual Family Advocate and back-up Forensic Interviewer. She moved to a Bilingual Trauma Therapist position in May 2021.

She previously worked at La Rabida Children’s Advocacy Center where she served as Bilingual Family Advocate and Forensic Interviewer.

A native of Puerto Rico, Gloridy earned a Master’s degree in Mental Health Counseling from Lewis University and a Bachelor's degree in Psychology from the Ana G. Mendez University. She has extensive experience providing crisis intervention, support and community resources for children (and their non-offending family members) who have endured severe physical abuse, sexual abuse, sexual exploitation, neglect, and exposure to violence.

Gloridy spends most of her spare time with her daughter Mia Isabella. She enjoys cooking and traveling to Puerto Rico to visit her family.

In December 2020, Susan Thedens retired from the Illinois State Police with over 31 years of experience. In her Administrative Assistant position at the Joliet Forensic Science Laboratory, she was responsible for managing the laboratory's budget.

Susan attended DePaul University where she received a Bachelor’s Degree in Business, and has completed coursework in Governors State University’s M.A. in Clinical Mental Health program.

As the Grants Accountant at the Will County Children's Advocacy Center, Susan is responsible for the fiscal operations and management of all federal, state, and private grants.

Most importantly, Susan is a mother of three, a grandmother, and an avid baseball fan. 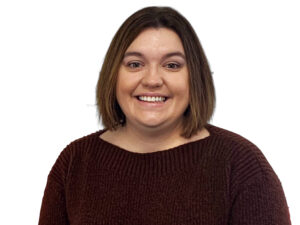 Dorothy first joined the Will County Children’s Advocacy Center back in 2019 while completing a two-semester family advocacy internship. She returned to the Will County CAC in February 2021 as a Trauma Therapist.

Dorothy received her Bachelor’s in Science Degree in Criminal Justice and Criminology from Loyola University in Chicago. After completing an internship with the Gender-Specific Unit at the 19th Judicial Circuit Court’s Adult Probation Department, her passion for social work began. Many of the high-risk female offenders Dorothy worked with, had a history of involvement with the Criminal Justice System due to experiencing early childhood sexual abuse traumas. She then obtained her Master’s Degree in Social Work from Simmons University in Boston, MA.

After obtaining her MSW and prior to returning to the CAC, Dorothy worked as an Outpatient Behavioral Health Clinician with Amita Health in Aurora where she provided individual, family, couple, and group counseling to children, adolescents, and adults struggling with mental health challenges. 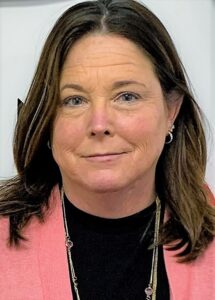 As Grants Manager, Christine produces and submits all federal and state government grant applications and reports that fund our programs. She most recently held the position of Program Manager - Records & Reporting for the Dept. of Adult Education at Joliet Junior College, where she was responsible for providing oversight and maintenance of grant-funded budgets and ensuring the compliance of multiple grants. Previously, she worked as a Program Coordinator for Education Service Network (ESN) and volunteered as a facilitator for Kendall County Operation Snowball.

Christine earned a Bachelor of Arts degree in Liberal Arts & Sciences from the University of Illinois in Springfield.

Children who have been victimized, and receive services are less likely to: abuse drugs or alcohol, grow up to become victims of domestic violence, become involved in some sort of criminal activity, suffer from depression, anxiety disorders, or post-traumatic stress disorder, and/or develop suicidal ideation and self-harm.

Your financial gift can make a profound difference in changing a child’s life.