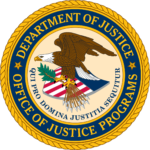 JOLIET— Will County State’s Attorney James Glasgow thanked the Will County Board for its unanimous vote to increase funding for the Will County Children’s Advocacy Center so that is can expand services it provides to sexually abused children.

“These additional funds will allow the Children's Advocacy Center to expand critical services for sexually abused children throughout Will County who turn to us for hope, healing, justice,” said State's Attorney Glasgow, who founded the Center in 1995 and chairs its Board of Directors. “I would like to thank the Board for its approval and continuous support of our mission.”

The Children’s Advocacy Center will use the grant to hire an additional forensic interviewer to interview children who have been sexually abused. The Center also will hire two full-time advocates to provide support and services to vulnerable victims and their families, as well as three mental health counselors to provide group and individual therapy to victims and non-offending family members. In addition, the funding will enable the Center to hire a multidisciplinary team coordinator to coordinate victim services. The majority of the new employees hired are bilingual, which is a focus of the grant.

The need for these expanded services is driven by a dramatic increase in the number of sexually abused children who seek the center’s services. In 2016, the number of new children served by the center jumped to 426 – a 28-percent increase from the prior year. The center is on track to provide services to 460 new children by the end of 2017.

Both Brooks and Will County Board Member Mike Fricilone (R-Homer Glen) sit on the Children’s Advocacy Center’s board.

“Children, especially those that have experienced some sort of trauma, sometimes don’t know how to express what they need and seek help,” said Fricilone. “That’s why the Center’s work is so important. It gives a voice to those who need it most.”

State’s Attorney Glasgow established the Will County Children’s Advocacy Center in 1995 to improve the investigation of child sexual abuse cases. The center’s professionally trained and compassionate staff performs child-sensitive interviews when there are allegations of sexual or severe physical abuse.

Children’s recorded statements have been used in the successful prosecution of thousands of predators. The caring team also has provided counseling, advocacy services, and medical referrals for nearly 10,000 sexually and severely abused children and their family members.
The Will County Children’s Advocacy Center is a United Way of Will County partner agency.